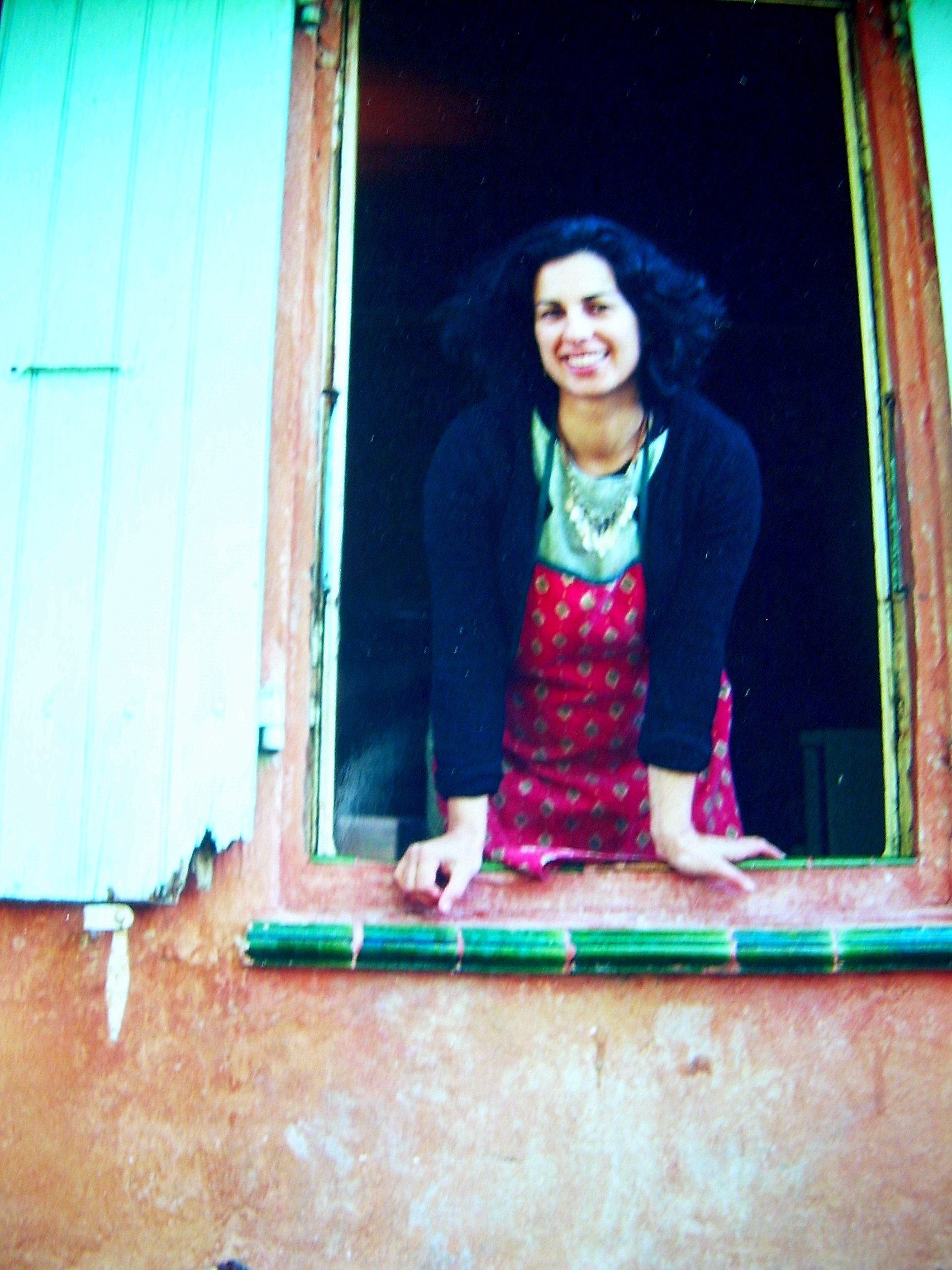 Lacassaigne, south west France, 1990’s
I had always wanted a studio like Max Miller’s. I had slept in his studio south of
Sydney and the quiet aloofness of it had impressed me.
Before me suddenly, in this new-old house of mine, was a forty square metre cube of a room on the first floor which I had to transform and make my own . I began by making it look tidy and deco with pale pink walls, shelves and a table. I look back to that neatness as to the start of a long journey. The floor had been carefully sanded but I had stopped short of polishing it – in case .
Then one day the first stain appeared . It was an inaugural moment which I patiently
tried to scrub away. But little by little stains grew and flourished, holding hands, overlapping, acquiring their ease and slothfully spreading out to form over the years a chronological map of my artistic evolution.
They were witnesses of greater and lesser paintings and had to cohabit peacefully with their humbler sisters, the primers and turps.
Like an animal marking its territory, the room started accumulating too its creaky ,heavy smells of linseed oil and poisonous things . Bottles and jars of melded juices stood waiting to release their boxed-up evil vapours.
Sketches were timidly pinned through the heart like butterflies .
It was retarded angst, that- staining the floor, deliberately making a mess. I had to do it to feel the space was mine, appropriating it jealously and by the same token smattering walls, clothes and door handles with residues of
landscapes. I had to break in its intimidating vastness.
The studio had once been a threshing barn. Peculiar troughs and shutes were suspended from the ceiling to allow the grain to drop into open Hessian sacks below . Corn husks had been used in the construction of the walls for lightness and aeration and sometimes they would spill out from crumbly, biscuity earth like stuffing spewing out of a doll .
In turn I became a thresher, thrashing out paintings with vigour and singlemindedness. They had to correspond to my sense of urgency, for the hand had to decipher the agitations of a quicksilver mind, relentlessly guiding and then moving on . I would descend from packs of time painting to ravenous lunches, exhausted and happy .
Desire for freedom and desire for space came together; I was at last
situating myself as an individual in space with cubic metres of lebensraum around me. Volume surrounded me, the air was mine to dance in, to fill with sound, music and silence .

The air could be reduced by crowding objects, canvases and flotsam of all kinds . It could also be made tabula rasa by clearing out old deliriums which could nourish a hungry bonfire outside with autodafés.
A fresh start would ensue and I’d be off following a tangent like an
intuitive mole, plugging away until the light came .
The paintings themselves grew like the stains to become more expressive.
Their size increased and the gestures became surer and wider .
My physical relationship with matter changed, for using paint , earth and,
graphite in the studio was just a concentrated dialogue, a kind of extension
of a walk in the desert.
Feeling the paint, incrusting colour under the fingernails, barefoot , leaning over impossible dimensions in the manner of a calligrapher I had an obsessive drive to make my mark on matter … Years later in the Central Australian desert I found myself displacing and rearranging rocks in a giant still life, the ancestral mark of a man on nature .
But art is always about that- rearrangement and composition .
Conversation without actually being kept at bay was never a great feature of
the life of the ‘atelier’, or studio . Creation is a solitary pastime which undoubtedly
puts spectators ill at ease . The phone or a rap at the door could often put on hold, destabilize or worse still kill a wispish thought that was on the threshold of being born .
The children mostly loved the studio. It was a place where everyone could
legitimately leave a mess. Only twice a year did I insist on burning,
washing and scraping .Behind my back on off days when ‘Mum was at the shops,’
they would fill balloons with water and explode them or have paintbrush fights which were closely followed by desperate piggy bank breaking sessions to
replace the ones they’d recklessly destroyed!
My studios have always ridden the street and the street came into my studio.
Perched high on the first floor with a large balcony sagging out, I could take the temperature of the pavement but also shrink from being seen .
Neighbours, the businessman and the wheelbarrow man would chat on their way
to work a door away, each perfunctorily performing unchanging rituals, while
I did the same , a brush in one hand and an eye from afar at my latest
creation .
Gentle contacts flowered that led to etching lessons and days spent canyoning with the children and the same adventurous neighbour, all because of a lazy, midmorning yarn from the studio balcony .